Player's Packs for all

Get 'em while they're hot! Infinity Pack will be posted soon, but here are the rest. We're looking forward to seeing everyone in 3 weeks!

Posted by Gigantor at 11:25 No comments:

Get 'em while they're hot! Infinity Pack will be posted soon, but here are the rest. We're looking forward to seeing everyone in 3 weeks!

Posted by Gigantor at 11:22 No comments:

For The Children Tournament 2 Player's Packs 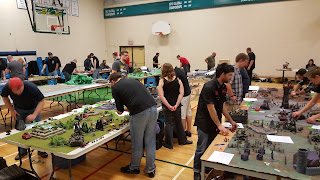 Hey everyone,
Thank you for your patience while we've worked to get the player's packs finalized. We're really excited on this end to run an even better event than the last one. For those who don't know, last November was the first time that I had ever run a gaming event larger than 10 people in my basement. I could not have done it without the help of my amazing wife and the fantastic members of the gaming community like Matt Wornardt and Paul Ting holding my hand the whole time. We've learned a lot and are working hard to make this next event so much better. (I made sure that the principal ordered 120 tables not 20 this time)

FTC 2 will be on May 14th at St. Rose of Lima School in Calgary. Registration and doors open starts at 9 AM with games starting between 9:30-10:00
Cost is $10 if you pre-pay at Imaginary Wars or e-transfer Official E-mail, otherwise it's $20 at the door. It really is the best if you pre-pay because we'll have a better count for food and tables, as well as making sure that you guarantee your spot in your chosen event, I'd hate to have to turn someone away because we ran out of spots. 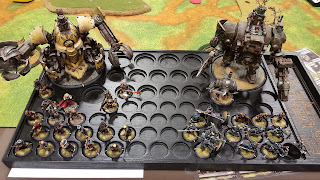 So, here are the links to the posts with the Player's Packs

X-Wing: I am still trying to sort out the x-wing tournament system. I will have something official up within the week, but for now we'll be using the standard tournament system at 100 Points 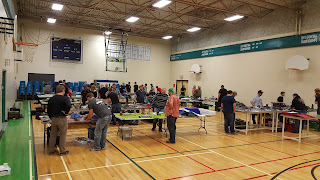 Posted by Gigantor at 11:11 No comments:

Hello everyone,I finally have the Warmachine/Hordes player's pack ready. It is mostly the Steamroller 2016 format with a little bit added for how you can donate to help us build a playground.So as a recap, the event is on May 14th and St. Rose of Lima School in Calgary. Registration starts at 9am and the first game starts at 10:00. Cost is $20 at the door or $10 if you pre-pay at Imaginary Wars in Calgary or e-transfer to forthechildrentournament@gmail.comWithout further ado:

How to Donate the Day of the Charity Tournament

At the end of the day, the purpose of this Tournament is to build the community and raise funds for the St. Rose of Lima school so that the children have a playground. we have kept the entry fee low and have no painting requirements as an effort to remove barriers from people entering the event.

On the day of the event you will be able to donate to the charity and in reward you will receive a number of in game benefits. Donations will need to be made prior to the start of your game and for every $1 donation, you will receive 1 ticket. tickets can be redeemed during your games as follows.

Re-rolls
You may choose to donate to re-roll All
of the dice that you rolled. The first re-roll costs 1 tickets, The second costs 2 tickets, the third costs 4 tickets, and so on doubling the donation each time you need to re-roll. The re-roll cost resets to tickets at the beginning of each game.
Rentals
Timers for turns will NOT be stopped while the player is buying tickets.
No abilities (buffs or debuffs) may be applied to Colossals.
Playtime is a Good Time
4 Tickets
A player using this special rule must do so at any time during his turn. The player’s warlock/warcaster may add +1 to his/her DEF for each point of fury or focus currently on him/her. May not be used in conjunction with any other of these special rules on the same model and may not be used on two consecutive turns.


Recess Bell
Variable
Before the start of the game, players may spend tickets to gain a bonus to the roll to determine first player. Each token spent provides +1 to the roll and each player may spend as many tickets as he or she wishes for this roll.


See the Principal
10 tickets
Once per game, you may spend 10 tickets at the end of your turn to send an opponent’s non- warlock/warcaster model/unit to the Principal for detention. The affected unit does not activate during your opponent’s next turn. However, all continuous effects and enemy upkeep spells on the affected model/unit are removed.


Race to the Playground
8 Tickets
All models/units in the warcaster/lock’s control area can charge at SDP +5 inches without having to spend focus, be forced or given orders. All charging models can charge through rough terrain. May only be used once per game.

Won't Somebody Please Think of the Children?!?!
Variable
At any time that your opponent attempts to use any of the above listed abilities, you may immediately spend the same number of tickets to negate that ability. For abilities that are usable a limited number of times per game, they are not counted as used if countered with this ability. Your opponent is free to immediately spend more to try to use the ability again, and you are free to negate again....

Scenarios and list construction will be done using the Steamroller 2016 pack.
We will use the 35point 2-list design

You will be expected to being:
Your Army
3 copies of your lists
A Rulebook
Cards for the units that you will be using
Dice
And any other game accessories that you require.
Posted by Gigantor at 10:50 No comments: 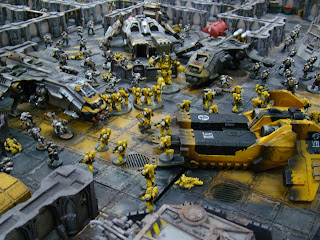 Ok, who wants to play some 30K? I know I do! I've finally gotten off my ass and finished the Player's Pack. Thank you all for your patience.
Quick recap, the event is on May 14th at St. Rose of Lima School in Calgary. Registration starts at 9am and first 30k games start at 10 am.
Cost: $10 if you pre-pay at Imaginary Wars or e-transfer to forthechildrentournament@gmail.com
$20 at the door.

Looking forward to seeing more 30K played in Alberta, as well as seeing the playground become a reality!

I finally have the 40K player's pack ready. It is mostly the ITC format with a little bit added for how you can donate to help us build a playground.

So as a recap, the event is on May 14th and St. Rose of Lima School in Calgary. Registration starts at 9am and the first game starts at 9:30. Cost is $20 at the door or $10 if you pre-pay at Imaginary Wars in Calgary or e-transfer to forthechildrentournament@gmail.com

We're looking forward to seeing you all there!

Posted by Gigantor at 09:40 No comments: 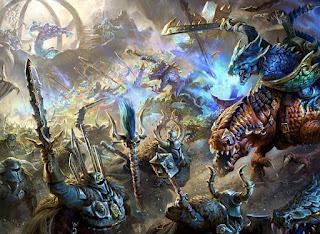 Well, we're finally getting our lives to a manageable point and will be putting out all of the Player's Packs this week, Thank you all for your patience!

Mike H. is organizing the AoS games and I expect he'll be bringing his Beastmen to battle with as well. He's put together a slightly modified Pack using the South Coast GT comp system. I'm really excited to see how this goes because I'm excited for more AoS in Alberta!

https://drive.google.com/file/d/0B_whl0sCl-BdaEplbDFkQVNQcXc/view?usp=sharing
Posted by Gigantor at 13:40 No comments:

Gigantor
I've been collecting, playing, and painting Warhammer and 40k for 12 years now. As a father of 3 my goal is to convert them all into gamers post haste. This is my hobby and what I do in my limited down time, so I want to make it as enjoyable as possible, The goal is always to forge a narrative with painted armies on great looking terrain.